An adrenaline rush, associated with the ‘fight or flight’ response, is how the body reacts to a situation which is stressful, traumatic, or dangerous. The idea behind an adrenaline rush is survival as your body prepares to put in the effort necessary to ensure you escape danger unharmed, but how does it actually work? 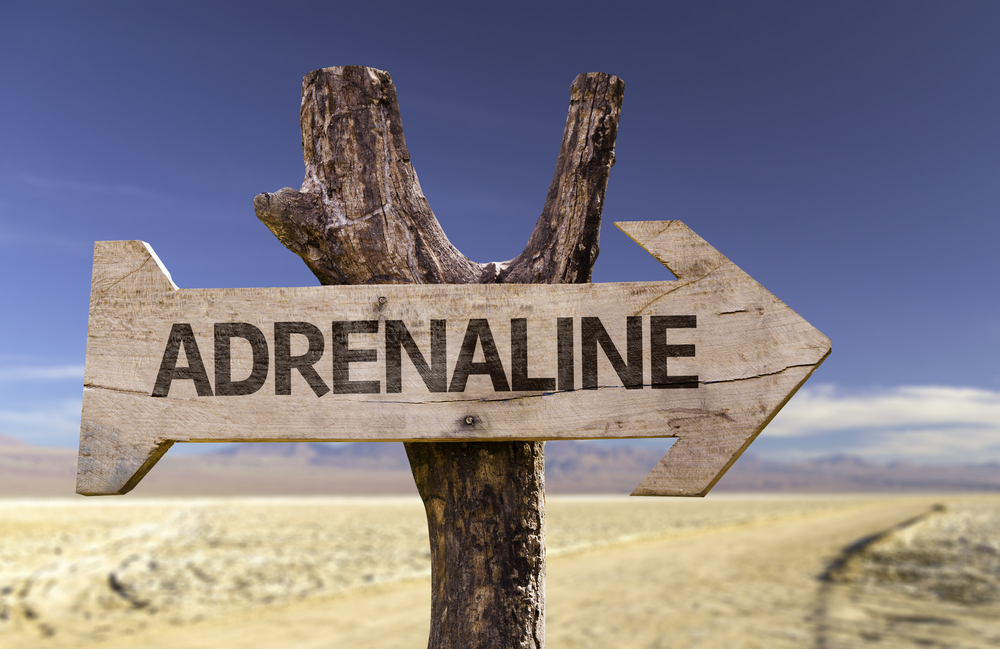 What’s in an adrenaline rush

The process involves a number of different responses within the body coming together. First, a dangerous situation is processed by the amygdala, the part of the brain which handles information about emotions. The information is then sent to the hypothalamus, the part of the brain which controls the rest of the body through the nervous system. Finally, a signal is sent to the pituitary glands which release chemical signals to stimulate the production of adrenaline in the adrenal glands.

What this means for your body

With the surge of adrenaline, the liver is stimulated into producing glucose which results in more energy. Blood vessels contract and the heart beats faster which provides muscles with more oxygen and more energy. This is how in some situations it seems that people can muster superhuman strength to complete daring acts. As the nervous system is engaged in sending signals to keep you alive, it also means that most pain isn’t felt until well after the event.

What events cause this

A lot of activities create an adrenaline rush including things our brains understandably considers to be dangerous such as skydiving or watching a scary movie. Situations like an interview or an opportunity to win a bet, however, also cause this response as your brain makes you literally give 110%. Some disorders can create bursts of adrenaline, an issue since lots of adrenaline can cause circulatory problems. Certain individuals can also get addicted to the dopamine rush which comes with it leading them to seek out thrills, a problem which also has underlying genetic causes.

Stem cell research is one of the areas at the very cutting edge of scientific developments in health. The use of stem cells – which are undifferentiated cells that can go on to become specialised cells – means researchers are able to manipulate and guide the development of the tissue of the cells to alleviate health problems. The science of stem cell research is constantly evolving and providing new remedies all the time. These are some of the significant recent breakthroughs.

Researchers at Harvard University have used stem cells to engineer insulin-producing cells. This result could mean that, in the future, such cells could be transplanted into people suffering type-1 diabetes to alleviate their symptoms. Type-1 diabetes is the most common form of the disease in children, so this breakthrough offers real hope for future generations of potential sufferers from the disease – which is likely to be a key disease in coming decades as rates of obesity – a major contributing factor to the development of diabetes – grow.

Scientists at Swedish company Biolamina have developed a product, laminin that is beneficial to other researchers in the stem cell field – a matrix that provides an environment for the cultivation of augmented stem cells. The feeder- and xeno-free system allows all types of cell, all except placenta and embryo cells, to be cultured uninhibited.

Work at Northwestern University outside Chicago has used stem cells to make human brain cells. This has the potential not only for future transplantation into sufferers of Alzheimer’s and other degenerative brain conditions, but also, in the shorter term, to provide material with which to test alleviating drugs for the condition.

In Australia, at the University of Queensland, scientists have recently perfected the method to produce adult stem cells that can be utilised to repair bone. It offers the potential to replace the harvesting of bone marrow to treat skeletal conditions, a procedure that is very invasive. Transplanting such stem cells would negate the need for the procedure, and allow for a more accurate match of cells to the patient’s condition.

At the Riken Center for Developmental Biology in Japan, scientists have recently used stem cells for mouse embryos to create a retina. This is a very complex form of stem cell manipulation as the retina is, in essence, in three dimensions, and could, in time, offer the possibility of retina replacement in humans suffering blindness and other ocular conditions.

The history of medicine reaches as far back as the ancient period, yet just a few major discoveries stand out in the public’s mind. From the first heart transplant through to the discovery of antibiotics, medicine has had a lot to offer over the years. While older discoveries are certainly tantalising, there are modern versions that have a lot to offer too. 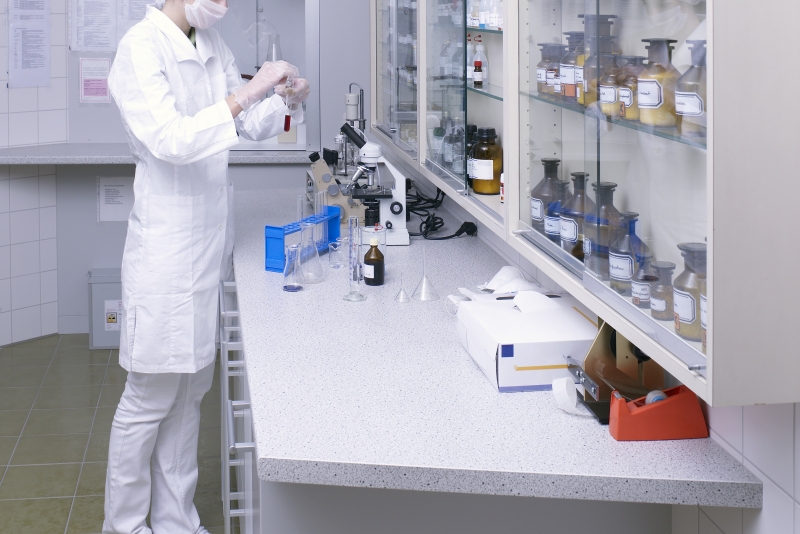 As one of the most aggressive female cancers, cervical cancer kills millions of women each year. While vaccine therapies have been explored for decades in relation to cancer, finding one that works has proven to be a challenge for scientists. Today, girls and women aged between 13 and 26 can access a preventative vaccine that significantly reduces their risk of HPV. Not only will this benefit women in the developed world, access in the developing world can significantly enhance women’s health there.

On the face of things, fecal transplants may sound a little gross. However, when it comes to tackling some of the world’s most stubborn bacteria, they can save lives. Clostridium difficile is a violent pathogen that primarily causes infections in a healthcare setting. Thanks to its biological makeup, it’s incredibly hard to tackle. Today, patients can receive fecal transplants that have a 90 percent cure rate, allowing them to get back to good health.

The Use of Maggots to Battle MRSA

If you’ve ever worked in healthcare, you’ll already know how MRSA strikes fear in the hearts of clinicians and patients alike. While antibiotics have acted as life savers during the 20th century, overuse has led to resistance amongst certain bacteria. Researchers at Swansea University in the UK have taken medicine back to basics by using maggots as a form of wound therapy. When maggots are applied to wounds, they secrete a substance patented as ‘Seraticin’, which is antibacterial, antifungal, and too overpowering for MRSA to resist. Fortunately for squeamish patients, researchers are now working towards bottling Seraticin so it can be used without maggots being present.

Until 2014, the longest acting contraceptive was the copper IUD, which can give women an impressive chance of staying pregnancy free for 10 years. After more than a decade of scientific development, it looks as though the contraceptive microchip is ready to take the copper IUD’s crown. Not only does it release 30mg of levonorgestrel on a daily basis, it’s possible to turn it on and off at will. As women return to their fertile potential almost immediately after stopping the hormones, it offers contraceptive flexibility that might remain unparalleled for some time now.

After gripping the world with fear in the 1980s and 1990s, HIV is now a condition that can be relatively well controlled. In the last year, scientists have pin pointed combinations of antiretroviral drugs that help patients fight off side-effects, reach their life expectancy, and reduce the risk of spread. Compared to the decade HIV first became evident, which saw slow and painful deaths, this is astounding progress.

With science moving at a rapid pace, the world is sure to see further breakthroughs throughout the 21st century.